On the Strength of the American Medical System 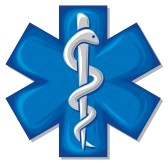 In Defense of Medicine

The press has been full of stories bashing American medicine. Pharmaceuticals have been maligned and accused of greed. In my writings I have personally devoted enough space to extensively critique the doings and shenanigans of the pharma industry including the malignant and greed imbued practice of ‘direct to consumer’ television and newspaper advertising. The pharma’s greatest sin is greed and the bottom line.  We have criticized the trend of pharmaceutical industry spending more on advertising and public reactions than they spend on research and development. The public relation comes in the form of free lunches and junkets for medical practitioners and researchers. We have objectively and constructively warned against the unholy medical-pharmaceutical complex and its unwelcome product of pushing pills and inventing new diseases to use the pills. Adult Attention Deficit Disorder, Fibromyalgia and Chronic Fatigue Syndrome are but a few examples of such unscientific atrocities. These are accomplished through ‘direct to consumer’s’ television and media advertising. However, this essay is dedicated to defense of medicine in general, and American Medicine, the best in the world, in particular.

With Flexner report of 1908, America purged itself of the substandard medical schools which up to that point were engaged in witch hunt, snake oil, and superstition.  Flexner report rooted American Medicine in solid scientific firmament.  In the 1950s when I decided to study medicine, I looked around the world including most of the European medical schools and found the American medical education to be best. I chose America.

We do have our problems. The cost of medical care is out of sight.  We spend 17% of GDP on health care, yet our health care access is below many European countries. Health issues are a source of anxiety to most citizens. In a recent issue of JAMA, it is reported that of 500,469 cases of percutaneous coronary intervention (PCI), 10.9% of the operations have been inappropriate. This type of waste is unacceptable. Unfortunately, greed continues to be an unwelcome part of practice of medicine. It ought not to be.

What is good about American Medicine?

In the last 10 years, between 2001 and 2010 America has logged ten great triumphs in advancing public health.

In the late 50’s, when I was in medical school, even as students, we could feel the competition between, large medical centers for cardiac surgery. My alma mater, The George Washington Medical school being located in the nation’s capital, was the favored child receiving huge grants to advance cardiovascular surgery. Dr. Brian Blades (pun not intended), Chair of Surgery at GW, was in fierce completion with Johns Hopkins Chair of Surgery, Alfred Blalock to the North, and that of Baylor University Michael DeBakey of Texas to the south. DeBakey developed the left ventricular assist device (LVAD) now perfected and worn by thousands of patients including Dick Cheney, the former US Vice President (who had a heart transplant). LVAD is not an artificial heart. The patient must have a heart and the heart must be still working. But the pump helps delay congestive heart failure by relieving strain on a muscle too weak to function by itself. The average human heart beats 100,000 a day, 205 billion times over a lifetime. The rotor in a typical LVAD spins about 8,000 times a minute assisting the worn out of cardiac muscle. The world is in awe of America’s advance in cardiovascular surgery. The first heart transplant, by Dr. Christian Barnard in 1967, is a common-place operation performed in all university hospitals and even community hospitals throughout US. The past fifty years we have seen new treatments like coronary artery bypass graft, introduced in 1960, perfected. Discovery of new class of drugs like statins to lower cholesterol, emerging in 1980s, ACE inhibitors to lower blood pressure in the early 90’s, and beta blockers to reduce stress hormones in the early 80’s, have been major contributions of American system of research.

Since mid-century, the heart disease death rate has fallen by 1.7% annually, though progress seems to have slowed in recent years because of epidemic of obesity. Smoking cessation in America has been phenomenal.

In the 1990’s, dubbed the decade of the brain, the National Mental Health Institute invested over two billion dollars in research grants to gain better understanding of the brain.  We now know, and the faithful readers of this space recall our several articles devoted to the suggestion to change mental illness to brain disease and dysfunction.  Brain research using advanced imaging technique, such as positron emission tomography (PET) scan, magnetic resonance imaging (MRI) and functional magnetic resonant imaging (fMRI), as well as biomedical markers, and the discovery of new neurotransmitters has enabled us to gain better understanding in diagnosis and treatment of brain disease.

In 1981, when the first patient with Auto-Immune Deficiency Syndrome (AIDS) was diagnosed, it was America and American medicine that isolated the virus and discovered the cocktail of antiviral drugs that makes the lethal illness into a chronic illness. My esteemed (and hard charging) beloved colleague, Myron Cohen of University of North Carolina (UNC) School of Medicine promises a cure for AIDS before long. American medicine has made impressible gains in stem cell research growing brand new organs in the laboratory. A good example of this effort is Dr. Anthony Atala’s work in the area of engineering human organs. He has produced a liver after successfully bio-engineering urethras, kidneys, and bladders. Atala’s quest is “How can we increase the number of tissues we bring to patients and how can we make more patients benefit from these technologies?” We have every reason, with humility, to appreciate America’s unparalleled gains in medicine.

*The writer is Adjunct Professor of Psychiatry, University of North Carolina School of Medicine at Chapel Hill, Distinguished Life fellow American Psychiatric Association, and Founding Editor and Editor-in-Chief, Wake County Physician Magazine (1995-2012). He serves as a Visiting Scholar and lecturer on Medicine, the Arts and Humanities at his alma mater the George Washington University School of Medicine and Health.